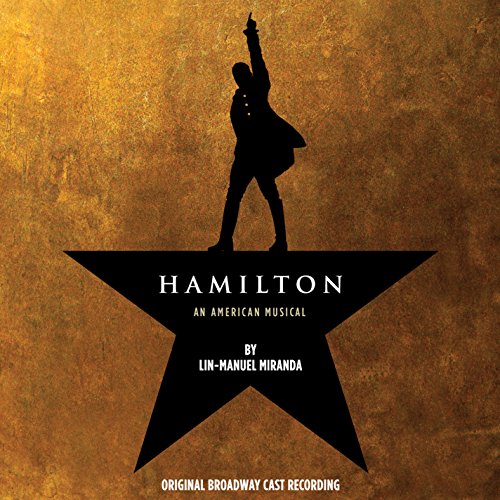 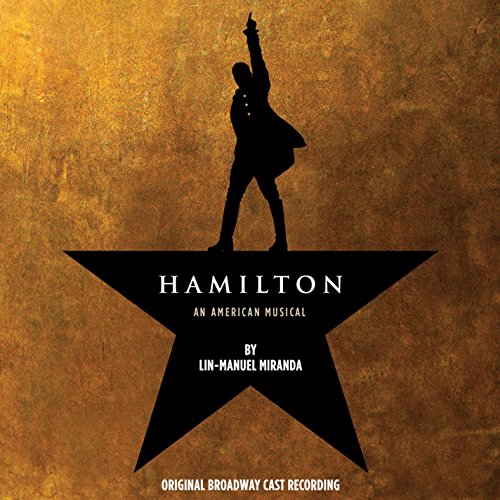 Explicit version. 2015 two CD set. The original Broadway cast album of Hamilton, a fusion of hip-hop and pop-driven musical theater, is now available from Atlantic Records. Cast members from the blockbuster new musical Hamilton, which recently opened to widespread critical acclaim at the Richard Rodgers Theatre, began recording their parts for this release in August of this year. This two-disc album was produced by Ahmir “Questlove” Thompson and Tariq “Black Thought” Trotter, founding members of the Grammy-winning hip-hop band, The Roots. 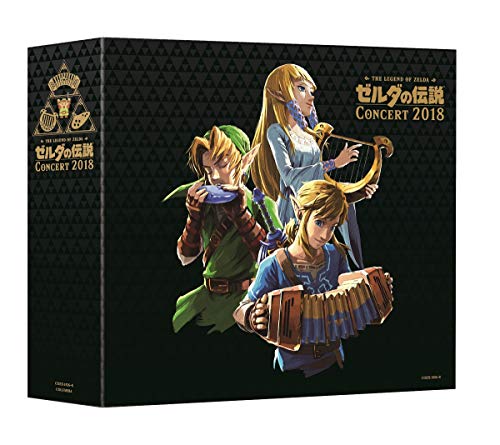 Limited Edition 2 CD + Blu-Ray pressing. The release captures the full orchestral concert of “Legend of Zelda Concert 2018″ scheduled Dec. 14, 2018 at Tokyo Bunkamura Orchard Hall. This will be the first concert in two years following the previous concert celebrating the series’ 30th anniversary. The concert puts the spotlight on the ocarina, harp, and accordion. Features well-known songs from the latest game release “The Legend of Zelda: Breath of the Wild ” as well as songs from previous series. Limited edition comes with concert footage and game footage shown on the screen during the concert on high resolution Blu-ray. Conducted by Taizo Takemoto. Performed by Tokyo Philharmonic Orchestra 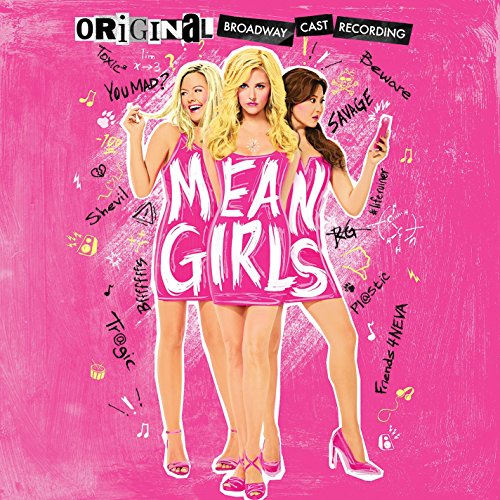 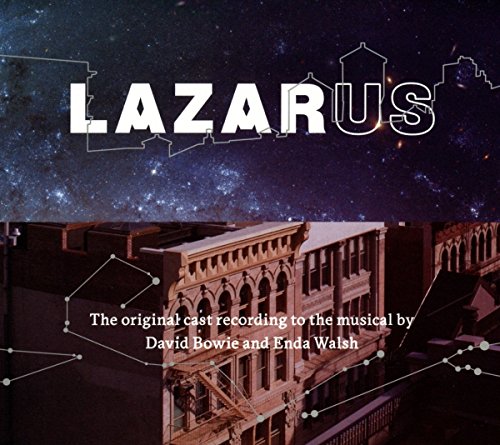 The Lazarus Cast Album is the unique collection of material that includes the last three studio recordings of David Bowie’s storied career (“No Plan”, “Killing A Little Time”, “When I Met You”), recorded with Donny McCaslin and his quartet, the same band that played on Bowie’s final studio album . The songs were co-produced by Bowie and Tony Visconti.

Lazarus, the musical presented by the New York Theater Workshop in December 2015 and January 2016, was written by David Bowie and Enda Walsh. The show opened to phenomenal critical acclaim. The New York Times raved “Ice-cold bolts of ecstasy shoot like novas through the glamorous muddle and murk of Lazarus, the great-sounding, great-looking and mind-numbing new musical,” while Rolling Stone hailed it as a “Surrealistic Tour de Force… milk-swimming, lingerie-sniffing, gin-chugging theater at its finest.” Lazarus is based on the classic sci-fi novel The Man Who Fell to Earth by Walter Tevis.

This collection includes the full cast and band of the original New York production with their versions of the David Bowie songs from the show as the Lazarus Cast Album. The album was produced by the show’s musical director Henry Hey, who had previously worked with Bowie on “The Next Day” and features vocals from actors Michael C. Hall, Sophia Anne Caruso, Cristin Milioti, Michael Esper and other cast members backed by the seven-piece house band Hey assembled for the New York run. The album was recorded January 11, 2016. Upon arriving at the studio, the musicians and cast were shocked and saddened to learn that Bowie had passed away the evening before. Their emotional performances that day are captured on this recording.

The production of Lazarus in New York also timed with the January, 2016 release of the David Bowie’s final studio album . Included alongside the cast s interpretations of classics from his canon of material are the three final David Bowie studio recordings “No Plan,” “Killing A Little Time,” “When I Met You” which bring completely new dimensions to their cast counterparts. The original version of “Lazarus” is also included on the Lazarus Cast Album.

Lazarus is based on the classic sci-fi novel The Man Who Fell to Earth by Walter Tevis. The 1976 film starred Bowie himself as a hollow-eyed humanoid alien (this was during Bowie’s Thin White Duke phase) who comes to the earth in search of water for his drought-ridden home planet. While Lazarus marked Bowie’s first time scoring a stage show, he was no stranger to the world of theatre. His 1979 performance in the Tony-winning The Elephant Man drew rapturous responses from the critics, while of course his myriad musical personas have all had a strong theatrical streak. 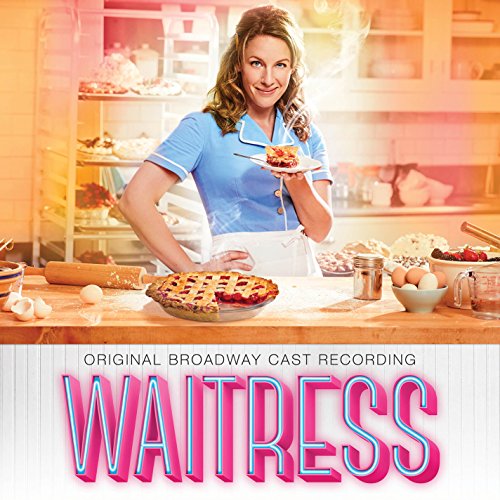 Music and Lyrics by Grammy® Nominee Sara Bareilles
Starring Tony Award® winner Jessie Mueller
Opened on Broadway 4/24/16 at the Brooks Atkinson Theatre
Fresh from a sold-out run at Boston’s American Repertory Theater, WAITRESS makes its highly anticipated Broadway premiere. Funny, inspiring and surprisingly poignant, this irresistible slice of life features original music and lyrics by 5-time Grammy® nominee Sara Bareilles (“Brave,” “Love Song”), a book by acclaimed screenwriter Jessie Nelson (I Am Sam) and direction by Tony Award® winner Diane Paulus (Pippin, Finding Neverland).
Tony winner Jessie Mueller (Beautiful) is Jenna, a waitress and expert pie maker in a small town who dreams of a way out of her loveless marriage. A baking contest in a nearby county and the town’s new doctor may offer her a chance at a fresh start, while her fellow waitresses offer their own recipes for happiness. But Jenna must summon the strength and courage to rebuild her own life.
Inspired by Adrienne Shelly’s beloved film, WAITRESS is an uplifting new musical celebrating friendship, motherhood, and the magic of a well-made pie.
Order up! 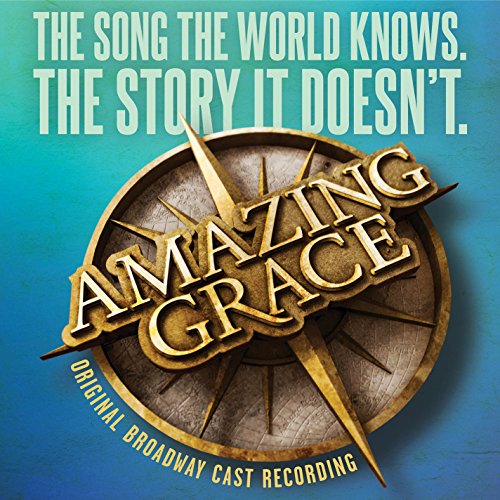 AMAZING GRACE is a new original musical based on the awe-inspiring true story behind the world’s most beloved song. A captivating tale of romance, rebellion and redemption, this radiant production follows one man whose incredible journey ignited a historic wave of change.

John Newton (Tony Award® nominee Josh Young), a willful and musically talented young Englishman, faces a future as uncertain as the turning tide. Coming of age as Britain sits atop an international empire of slavery, he finds himself torn between following in the footsteps of his father – a slave trader – or embracing the more compassionate views of his childhood sweetheart (Erin Mackey). Accompanied by his slave, Thomas (Tony Award® winner Chuck Cooper), John embarks on a perilous voyage on the high seas. When that journey finds John in his darkest hour, a transformative moment of self-reckoning inspires a blazing anthem of hope that will finally guide him home.
Brimming with emotion and adventure, AMAZING GRACE is an unforgettable musical saga that captures the spirit of history’s sweetest and most powerful sound: freedom
PRODUCTION HISTORY:
After several readings, a developmental production of AMAZING GRACE was presented at Goodspeed Musicals’ Norma Terris Theatre in Chester, CT in the early Summer 2012. The production broke box office records at The Norma Terris Theatre and saw record breaking group sales.
AMAZING GRACE’s World Premiere production was presented at the Bank of America Theatre in Chicago, IL in the Fall 2014 as a pre-Broadway engagement.
AMAZING GRACE played its final Broadway performance on October 25, 2015 at the Nederlander Theatre. Stay tuned for details about the upcoming National Tour! 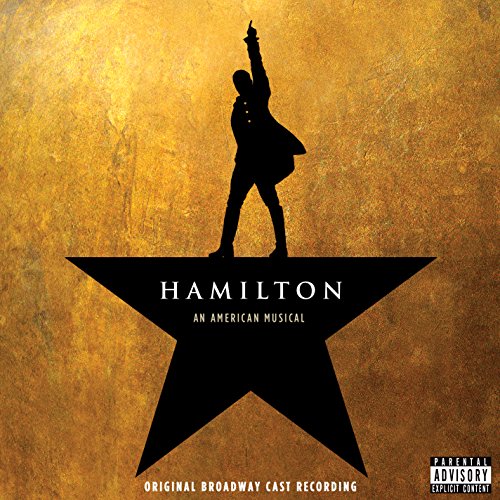